If we are aware of the effects of pollution and global warming that are being generated every day around the world, and the damage we are causing to it, we would see the  urgent need for many “green” initiatives as alternatives to current manufacturing processes, production and construction of goods and services. One of these “green” alternative is the one that involves the idea of ​​using biomimicry to design sustainable processes. Biomimetics means imitating life. To achieve this, scientists and engineers have begun the development of many projects that replicate the processes of nature. Although this idea may be a bit radical for some people, it is a new concept that has begun to be used in many industries around the world for several years.

Ingeniería Bioinspirada is divided into seven chapters, in which different applications of natural models to solve human problems are analyzed. The basic principles on which this new science is supported and a series of examples that today are a reality are described.

It is beyond the scope of this book to make an exhaustive study of each case analyzed; they are used as drivers to present and analyze the main foundations through which they  some human problems have been solved by mimicking the natural world, with the idea of illustrating the importance of having a better understanding of nature and its response to the problems facing with the sole intention of preserving life. 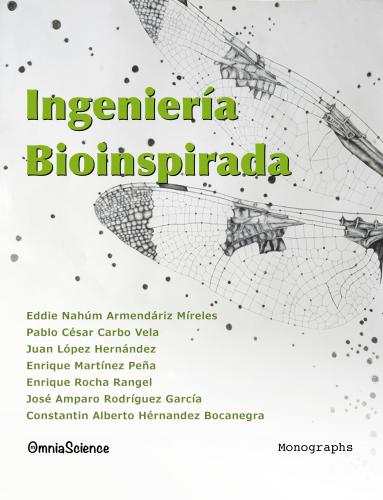