The social media and the proliferation of mobile and home electronic devices have led to dramatic changes in how consumers access cultural expressions (whether via purchase or sharing) and the way firms select, (re)produce and market cultural expressions.

Technological innovation has driven changes that have profound implications for our society. The printing press converted manuscripts into tradeable goods and the gramophone did the same for musical performances. Both also introduced intermediaries into the market, namely, the publisher and the record label, who acquired sufficient power to influence governments and legislation regulating intellectual rights. In a similar way, the Internet and the digital technologies that ride on this highway have paved the way for yet another dramatic change. However, the balance of power has now shifted towards creators and consumers, who, as they socially construct the market for cultural expressions, are also reshaping legislative and economic aspects of the intellectual property regime.

This book addresses questions of access to cultural expressions, the historical evolution of authors’ rights, the current Spanish intellectual property regime and the social construction of music markets. It also proposes a contextual theory regarding access to music and a social interpretation of music access patterns. It concludes with a discussion of the issues raised in the previous chapters, focusing particularly on the core issues of access to culture, incentives to creativity and the selection, (re)production and marketing of cultural expressions.  The separation of the rights of creators and the rights of producers is suggested as a way to enhance incentives to creation while improving access to cultural expressions.

This book will be of particular interest to social science researchers seeking interdisciplinary insights into the social construction of markets from the economics, management, marketing, law and sociology perspectives. 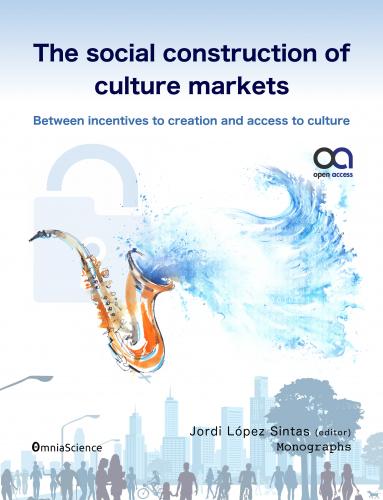